The seasons in New Zealand are directly opposite to those in the Northern Hemisphere, and are the same as those in Australia. New Zealand's climate can best be described as being extremely variable, and anything except tropical!  You are very likely to experience 4 seasons in one day, which is very normal!

Travelling in summer has the advantage of the best overall weather. However the biggest disadvantage is that it is also the busiest time of year for both local holiday makers and international tourists. As a result prices tend to be significantly higher, and accommodation in some areas can often be very difficult to obtain. New Zealand in Autumn (Fall) - March to May

Autumn in New Zealand is a time of spectacular changes in colours, with vivid russet browns, reds and golden leaves. This is especially the case in Wanaka and the Otago region of New Zealand in the South Island; or Hawkes Bay in New Zealand's North Island. For those on a self drive holiday, if you are travelling any time after Easter, the roads and number of other tourists are always much less; so this is always one of the best times to travel to New Zealand. 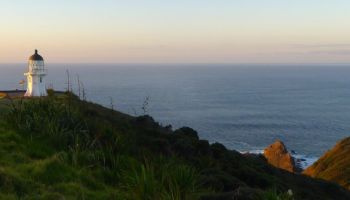 Though temperatures in the mountains are cold; once you get away from there, the winters are relatively short and mild. There are many days or nights when you will have crisp, clear skies; though in the North Island it may be a little wetter. For the keen and beginner skier, New Zealand has a great choice of Ski Fields with the ski season running from June to the first week in October. In the North Island are the volcanic peaks of Tongariro National Park with Whakapapa and Turoa Ski Areas.  The South Island has great skiing at Queenstown, Wanaka and Mount Hutt; as well as many smaller club fields.

For those wanting to do a New Zealand self drive holiday, driving is extremely easy. There is little traffic on the roads, and any snow that falls is generally in the mountains, and not in the valleys. Only the heaviest snow falls will result in a few days of snow in the lowlands, and this only happens very occasionally. 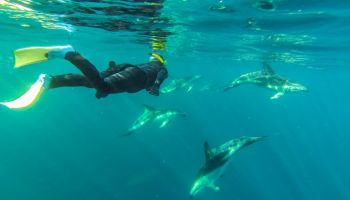 14 Day New Zealand Must Do Self Drive Spring is a great time of year to travel in New Zealand. As the ski season is still coming to an end; the Southern Alps and mountains are majestic with their snow covering. For adventure seekers, this is a great time for white water rafting, as the mountain snows start melting.

Spring is also the time when the new flowers and leaves start appearing. For gardeners it is a special time of year in New Zealand, with some magnificent gardens and parks to visit. In the North Island of New Zealand a visit to the Taranaki Rhododendron and Garden Festival, or to Hawkes Bay to see the blossom on the trees are highlights. In the South Island of New Zealand, Christchurch is aptly named "the Garden City", and there is no better time than Spring to take in the gardens and parks of Christchurch. Also you could make a visit to Otago and Dunedin, with its many historic gardens, or Alexandra with its blossoms and annual spring festival. Have a question that's not answered?